Whether you are hosting a brunch, enjoying a big family breakfast or doing breakfast for dinner this Western Omelette Strata is perfect! Its easy to throw together, can be prepped the night before and feeds a crowd. 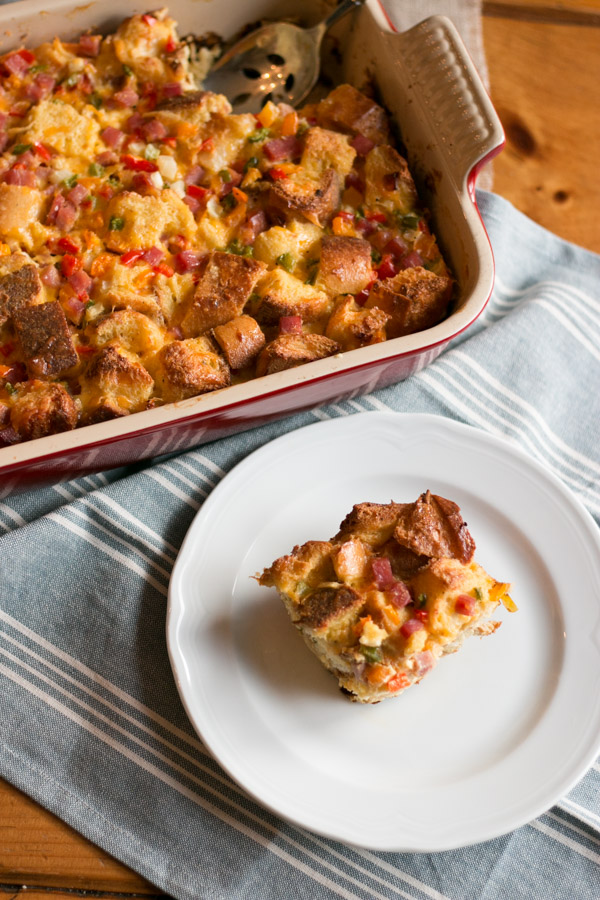 My boys love western omelettes and my oldest {9} has even started to make them on his own with a little help from me. Thats why I  thought this Western Omelette Strata would be a big hit and wow was I  right!! Mom win right there. A western omelette {also called a Denver omelette} is eggs with ham, peppers, onions and a cheese. A strata is a casserole that consists of bread, fillings, eggs and cheese. 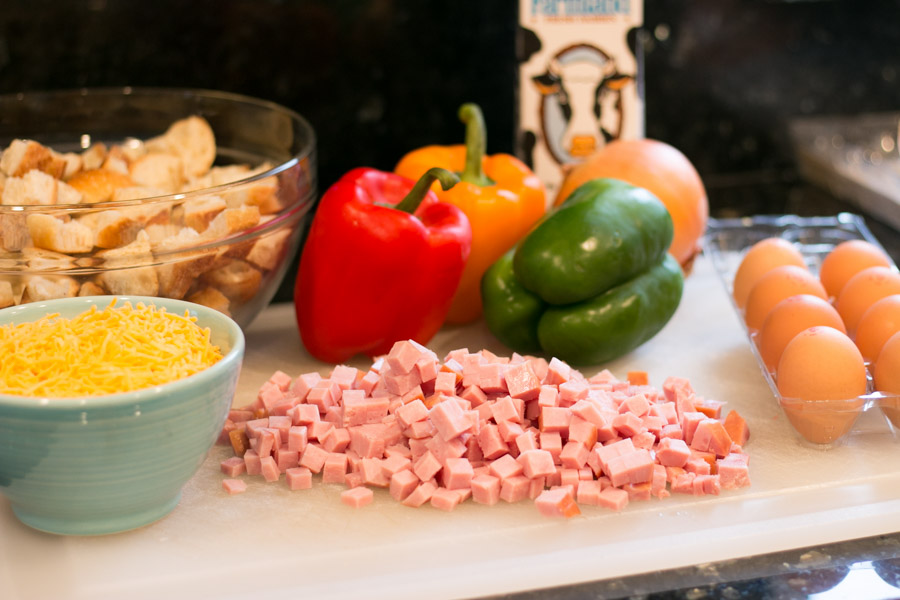 I  had some leftover ham from dinner the previous night and I wanted to transform it into a completely different meal rather then just warming it up and reserving. I also had a loaf and a half of Italian bread left from the day before.  The perfect starting point for a great strata! I grabbed some bell peppers, light cream, shredded cheddar and eggs to complete this recipe. 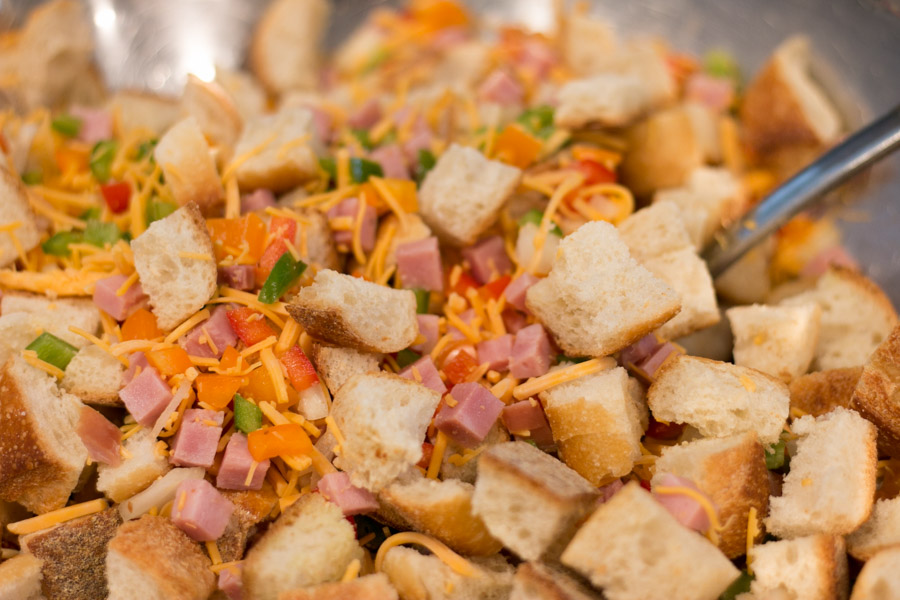 I  cut the bread into large cubes, diced the ham, peppers and onion. Tossed in a bowl along with the cheese. In another bowl I whisk together the eggs, light cream, salt and pepper. Pour the wet over the dry and mix to coat evenly. You’ll add everything to a lightly buttered baking dish and bake until cooked through and golden. 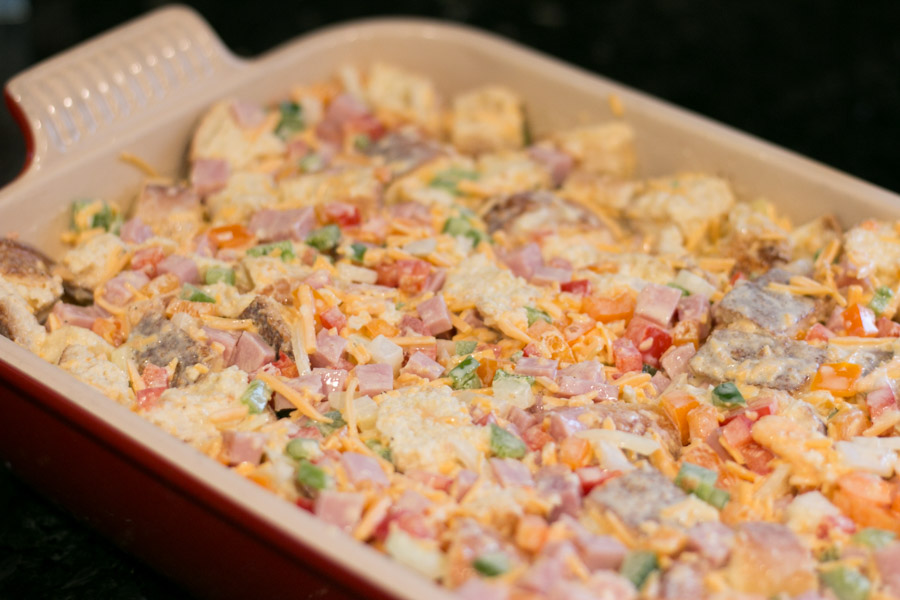 You can easily prep this the night before too! If using fresh bread I wouldn’t recommend it because the bread is still soft. Using day old, slightly dried out bread though you can definitely mix this up the night before then pop in the oven in the morning.  Another note, while I used leftover ham, you can use ham steaks in this recipe as well. 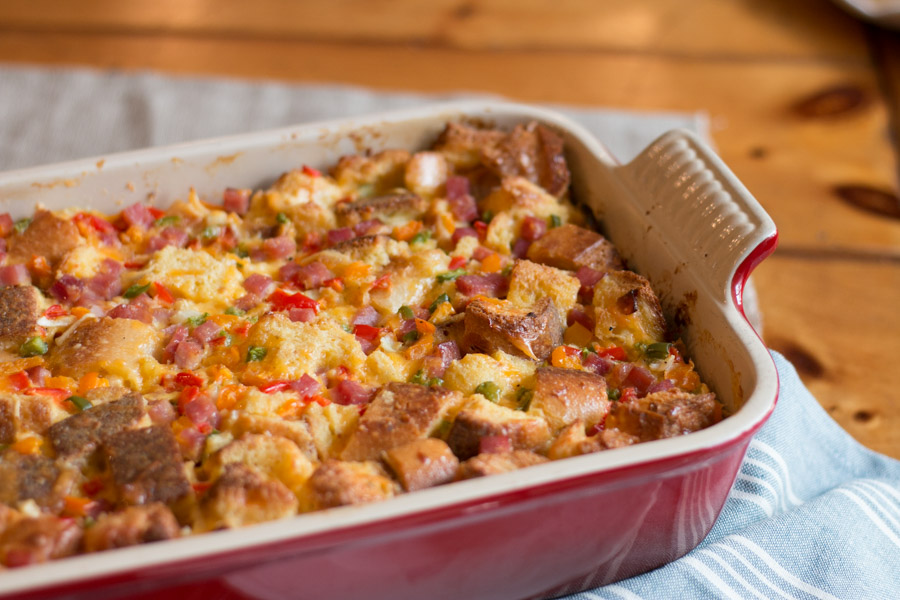 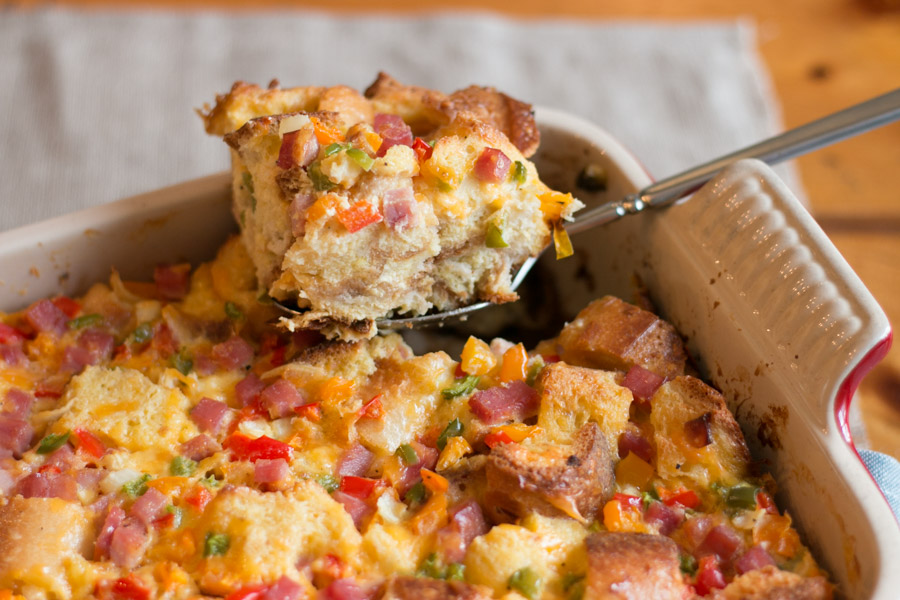 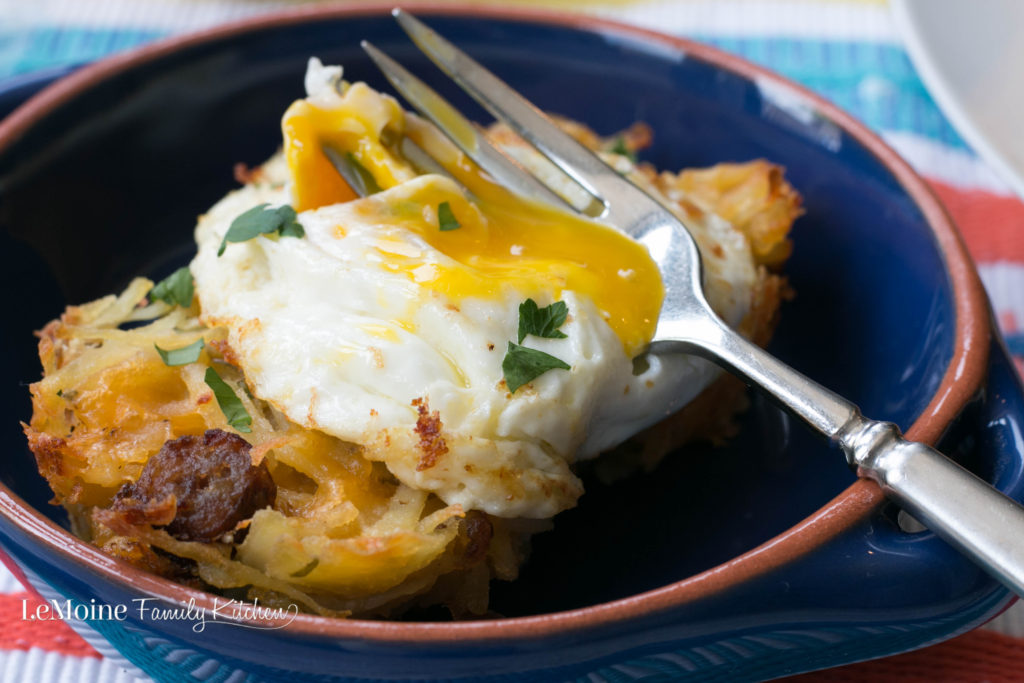 AFFILIATE LINK DISCLOSURE: Some of the links you will see on LeMoine Family Kitchen are affiliate links, meaning that, at no cost to you, I may earn a small commission if you click through and make a purchase.
Previous Post: « Chicken & Bacon Penne Alfredo Casserole
Next Post: Classic Chicken Marsala »